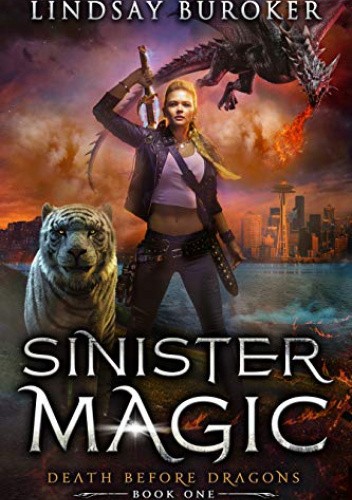 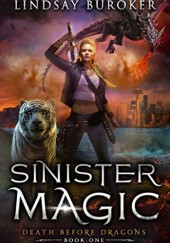 When magical bad guys hurt people, I take care of them. Permanently.

This doesn’t make me popular with the rest of the magical community—as you can tell from the numerous break-ins and assassination attempts I’ve endured over the years. But thanks to my half-elven blood, a powerful sword named Chopper, and a telepathic tiger with an attitude, I’ve always been able to handle my problems with aplomb. Maybe some cursing and swearing, too, but definitely aplomb.

That changes when my boss is afflicted with a mysterious disease, a government agent starts investigating me, and a godforsaken dragon shows up in the middle of my latest job.

I’ve taken down vampires, zombies, and ogres, but dragons are way, way more powerful. And it doesn’t look like this one is going to like me.

Worse than that, he wants to use his magic to compel me to do his bidding, as if I’m some weak-minded minion.

That’s not going to happen. I’d die before being some dragon’s slave.

But if I can’t figure out a way to avoid him, save my boss, and get rid of the government spook, I’m screwed. Or dead. Or screwed and dead. And that’s never comfortable.