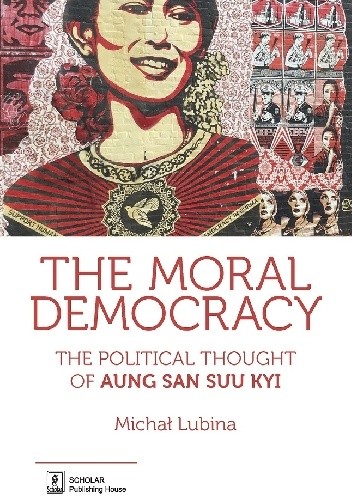 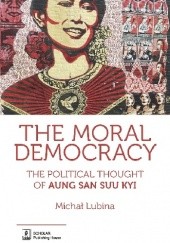 Aung San Suu Kyi spoke passionately about non-violence, she wrote involved articles about compatibility of democracy with Buddhism and she won the hearts and minds of so many with her call for the freedom from fear (…) It seemed – for more than two decades – that Suu Kyi was a perfect, non-Western propagator of democracy, human rights, rule of law (…) Yet a deeper analysis reveals that Suu Kyi intellectually, indeed, has been a democrat all along, but a Burmese democrat (…) Suu Kyi understands democracy in a Buddhist way and she reasons about politics using Buddhist ideas, idioms and concepts (…) This Buddhist dominance of her political thought had several consequences, the most important one being that her approach to politics has first and foremost been a moral one (…) her vision of democracy (and of politics in general) is a moral vision. It is something I propose to call “the moral democracy.”

The same reason that made her famous and admired worldwide, now contributed to her fall from grace. For too many outside Burma/Myanmar it is impossible to understand how Suu Kyi – yesterday’s global personification of good and morality – can now silently endorse crimes against humanity conducted in her country and accept forced relocation of 700 thousand people. A cynic would quote Bertrand Russell’s words (“we have two kinds of morality side by side: one which we preach but do not practice and another which we practice but seldom preach”) and add a commentary that it applies especially to politicians. One, however, may offer a more favourable explanation: that Suu Kyi represents a tragic clash of ideas, including moral ideas, with political reality. Whatever the case, it was morality that made her famous, it was the same moralistic attitude that contributed to her removal from international Olympus and it is this moral understanding of politics that is the hallmark of her political thought, which is here to stay for longer, as political ideas last longer than changing political circumstances and fashions.
From the Preface

The dramatic fall from grace of Burma's human rights icon Aung San Suu Kyi shocked the world. Michał Lubina's magisterial account of Aung San Suu Kyi's political education demystifies the behavior in power of this otherwise enigmatic leader. This is the indispensable book for anyone who wants to understand the mind of one of the world's most controversial women.
Prof. Salvatore Babones, University of Sydney

Dr. Michał Lubina, known in Poland for portraying Aung San Suu Kyi not as a human rights activist, but as a realist politician in the very footsteps of her father, now comes out with his research to the international audience. Following the example of Mahbubani’s Can Asian Think? Lubina shows the intellectual and philosophical tradition of Myanmar through the case study of Suu Kyi’s political thought. It’s a unique undertaking that presents Suu Kyi from an unexpected angle: as a theoretician and political thinker or sage. Both the scope of research done and the material presented are very impressive and rather unique, even on international scene.
Prof. Bogdan Góralczyk, University of Warsaw, Former Ambassador to Myanmar

This book is a well-documented and well-constructed, multilayered, complex, analytical work based on very rich research, interviews with Suu Kyi and personal observations of the Author, who displays unquestioned analytical skills. As such the book represents a pioneer work in Burmese studies.
Prof. Agnieszka Kuszewska, Jagiellonian University in Cracow

None of the numerous books and articles that I have read about Daw Aung San Suu Kyi dissects her political thoughts and background as thoroughly as the book written by Dr. Michał Lubina. He shows the political construction of her character, her struggle, her idealism, her sources of inspiration and her weaknesses. It is a necessary publication to read in order to understand historical and contemporary policymaking in today’s Burma.
Dr. Marion Sabrié, University of Rouen Normandy

Dr. Michał Lubina is Assistant Professor at the Institute of Middle and Far East, Jagiellonian University, Cracow, Poland and author of six books, including the first history of Burma/Myanmar in Poland and the only biography of Aung San Suu Kyi in Polish.