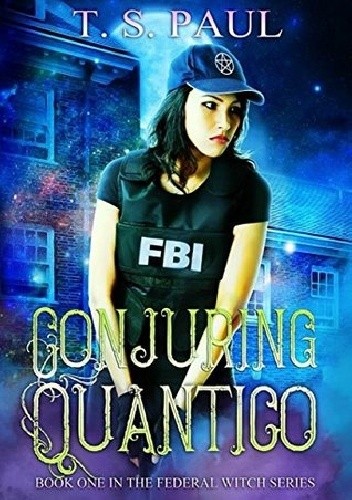 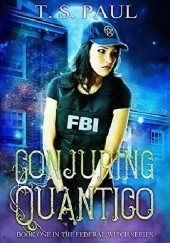 How do you cope with magic that goes its own way?

As a second year FBI academy witch, Agatha Blackmore has a curtain reputation. After nearly blowing up the school, an untended mid-air incident involving the FBI Director, and declaring war with the US Marines, she has to wonder if she will even see graduation.

But when a rash of mysterious disappearances catches the attention of local authorities Agatha finds herself asked to lend a hand to the investigation. Determined to offer protection where it is needed the most, Agatha and her quirky roommate Cat along with her mini- unicorn familiar Fergus, attempt to unravel the mysteries of the four distinctly magical disappearances before time runs out.

Does Agatha have what it takes to be an agent? Or will everyone that crosses her end up eating chicken feed for the rest of their lives?

Conjuring Quantico is the first book in a brand new Urban Fantasy by T. S. Paul.
As a direct sequel to Born a Witch... Drafted by the FBI, T. S. Paul returns with the first book of the Federal Witch Series!

Ocena 8,3
Kingdom of the... Kerri Maniscalco