To Sail a Darkling Sea 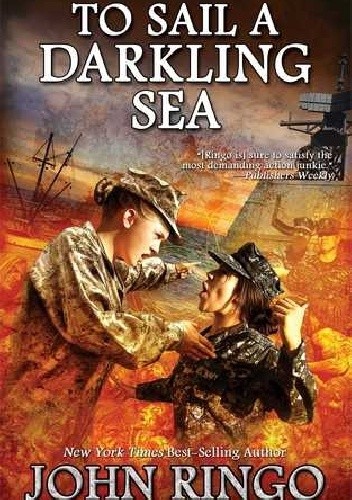 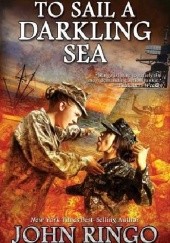 BOOK II IN THE BLACK TIDE RISING SERIES FROM THE NEW YORK TIMES BEST-SELLING AUTHOR. Sequel to Under a Graveyard Sky. A family of survivors fights back against a zombie plague that has brought down civilization.

A World Cloaked in Darkness
With human civilization annihilated by a biological zombie plague, a rag-tag fleet of yachts and freighters known as Wolf Squadron scours the Atlantic, searching for survivors. Within every abandoned liner and carrier lurks a potential horde, safety can never be taken for granted, and death and turning into one of the enemy is only a moment away.

The Candle Flickers
Yet every ship and town holds the flickering hope of survivors. One and two from lifeboats, a dozen from a fishing village, a few hundred wrenched by fury and fire from a ship that once housed thousands...

Light a Flame
Now Wolf Squadron must take on another massive challenge: clear the assault carrier USS Iwo Jima of infected before the trapped Marines and sailors succumb to starvation. If Wolf Squadron can accomplish that task, an even tougher trial awaits: an apocalyptic battle to win a new dawn for humanity. The war for civilization begins as the boats of the Wolf Squadron become a beacon of hope on a Darkling Sea.

About the Black Tide Rising Series:
"Not only has Ringo found a mostly unexplored corner of the zombie landscape, hes using the zombie frame to tackle a broader theme: the collapse and rebirth of civilization. The zombie scenes are exciting, sure, but its the human story that keeps us involved. A fine series."—Booklist

About John Ringo:
“[Ringo’s work is] peopled with three-dimensional characters and spiced with personal drama as well as tactical finesse.” —Library Journal

“. . .practically impossible not to read in one sitting . . . exceedingly impressive . . . executed with skill, verve, and wit.” —Booklist