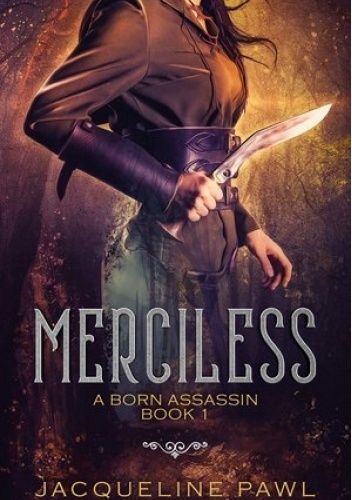 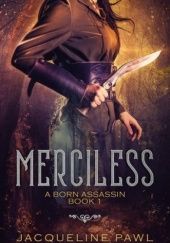 "The Guild is my life. I didn't choose it, didn't want it for years. But when I stopped fighting it, stopped trying to resist all the ways they were trying to change me, I realized I enjoy it. All the teasing, all the mocking, all the quips about pointy ears and the girl whose parents didn't want her—they don't matter in a fight.

I'll be hated for the work I do—and I'll love every minute of it."

Merciless is a Young Adult fantasy epic perfect for fans of Sarah J. Maas's Throne of Glass and George R.R. Martin's A Game of Thrones.

After being taken by the illustrious Assassins' Guild when she was one week old, Mercy has endured seventeen years of grueling training in the art of killing. She is covered in more scars than she can count—gifts from her cruel tutors and the human apprentices who do not tolerate being bested by an elf—and she's more than ready to prove her worth to the head of the Guild.

In the capital city of Sandori, elf-human violence runs rampant and a king mad with grief rules with an iron fist. All that stands between Mercy and her chance to become the greatest Assassin the Guild has ever trained is the handsome and kind Prince Tamriel. If she succeeds in killing him, she will earn the respect and admiration of her childhood tormentors and will be immortalized in the Guild. Faced with political tension, rampant disease, and strange supernatural occurrences, Mercy realizes that her actions not only affect her and Tamriel, but that the fate of the kingdom hangs in the balance.