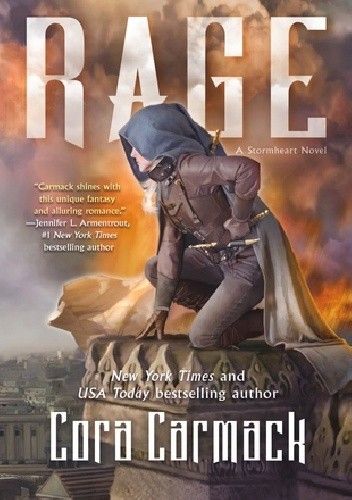 Her Kingdom or the Stormhunter she loves.

If Aurora knows anything, it's that choices have consequences. To set things right, she joins a growing revolution on the streets of Pavan.

In disguise as the rebel Roar, she puts her knowledge of the palace to use to aid the rebellion. But the Rage season is at its peak and not a day passes without the skies raining down destruction. Yet these storms are different—they churn with darkness, and attack with a will that’s desperate and violent.

Ocena 0,0
All Closed Off Cora Carmack

Ocena 7,0
All Played Out Cora Carmack