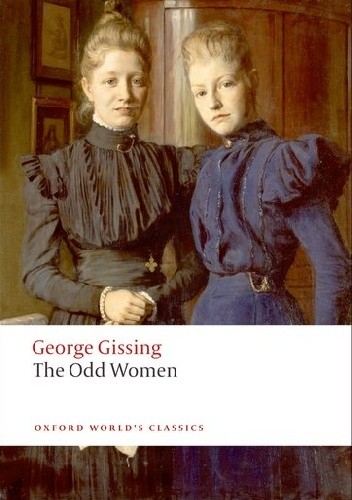 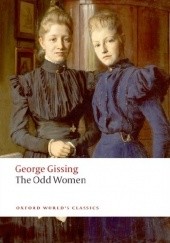 `there are half a million more women than men in this unhappy country of ours . . . So many odd women - no making a pair with them.'

The idea of the superfluity of unmarried women was one the `New Woman' novels of the 1890s sought to challenge. But in The Odd Women (1893) Gissing satirizes the prevailing literary image of the `New Woman' and makes the point that unmarried women were generally viewed less as noble and romantic figures than as `odd' and marginal in relation to the ideal of womanhood itself. Set in grimy, fog-ridden London, these `odd' women range from the idealistic, financially self-sufficient Mary Barfoot and Rhoda Nunn, who run a school to train young women in office skills for work, to the Madden sisters struggling to subsist in low-paid jobs and experiencing little comfort or pleasure in their lives. Yet it is for the youngest Madden sister's marriage that the novel reserves its most sinister critique.

With superb detachment Gissing captures contemporary society's ambivalence towards its own period of transition. The Odd Women is a novel engaged with all the major sexual and social issues of the late-nineteenth century. Judged by contemporary reviewers as equal to Zola and Ibsen, Gissing was seen to have produced an `intensely modern' work and it is perhaps for this reason that the issues it raises remain the subject of contemporary debate.

*Introduction *Textual Note *Bibliography *Chronology *Explanatory Notes *Map
ABOUT THE SERIES: For over 100 years Oxford World's Classics has made available the widest range of literature from around the globe. Each affordable volume reflects Oxford's commitment to scholarship, providing the most accurate text plus a wealth of other valuable features, including expert introductions by leading authorities, helpful notes to clarify the text, up-to-date bibliographies for further study, and much more.