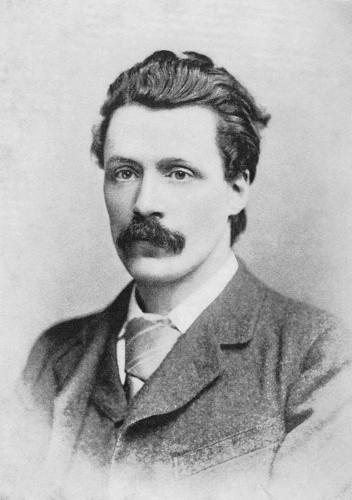 George Gissing was an English novelist who published 23 novels between 1880 and 1903. Gissing also worked as a teacher and tutor throughout his life. He published his first novel, Workers in the Dawn, in 1880. His best known novels, which are published in modern editions, include The Nether World (1889), New Grub Street (1891), and The Odd Women (1893).

Gissing's early novels were not well received, but he achieved greater recognition in the 1890s, both in England and overseas. The increase in popularity was linked not just to his novels, but to the short stories he wrote in this period and his friendships with influential and respected literary figures such as the journalist Henry Norman, author J. M. Barrie and writer and critic Edmund Gosse. By the end of the 19th century, critics placed him alongside Thomas Hardy and George Meredith as one of the three leading novelists in England.[1] Sir William Robertson Nicoll described Gissing as "one of the most original, daring and conscientious workers in fiction."[32] Chesterton called him the "soundest of the Dickens critics, a man of genius."[33] George Orwell was an admirer and in a 1943 Tribune article called Gissing "perhaps the best novelist England has produced". He believed his "real masterpieces" were the "three novels, The Odd Women, Demos, and New Grub Street, and his book on Dickens. [The novels'] central theme can be stated in three words — 'not enough money'.