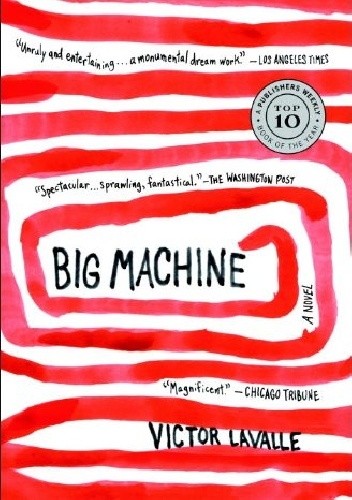 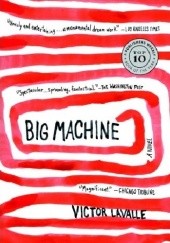 Ricky Rice is a middling hustler with a lingering junk habit, a bum knee, and a haunted mind. A survivor of a suicide cult, he scrapes by as a porter at a bus depot in Utica, New York, until one day a mysterious letter arrives, summoning him to enlist in a band of paranormal investigators comprised of former addicts and petty criminals, all of whom had at some point in their wasted lives heard what may have been the voice of God.

Infused with the wonder of a disquieting dream and laced with Victor LaValle’s fiendish comic sensibility, Big Machine is a mind-rattling mystery about doubt, faith, and the monsters we carry within us.

Named one of the Best Books of the Year by the Los Angeles Times, The Washington Post, Chicago Tribune and Publishers Weekly. WINNER OF THE SIRLEY JACKSON AWARD

"LaValle employs a sly wit and deadpan humor [in his portrayal of] a world framed by conspiracy, intrigue and double-dealing... [Big Machine] is drawing comparisons to the work of Ralph Ellison and Thomas Pynchon." --The Wall Street Journal

"The tension between sci-fi and noir material and realist approach makes Big Machine crackle... [This] big novel grinds up our delisions about reality, spirituality and the pronciples of fiction." --The Dallas Morning News

"A Da Vinci Code for fans of Haruki Murakami and Chapelle's Show." --PopMatters