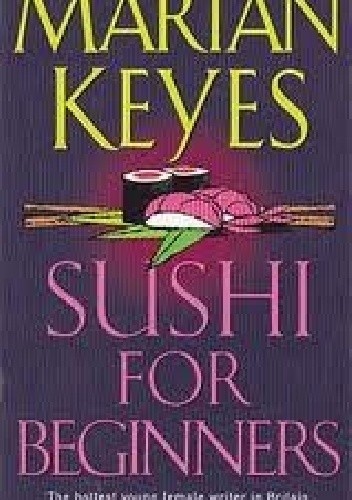 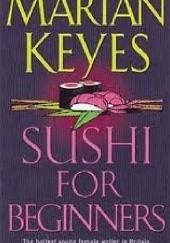 Sushi for Beginners has all the right ingredients for a thirtysomething novel. The thirtysomething girls are there, looking for a better job, a better man, ANYTHING other than what they've already got; there are men to die for and men you wish would drop dead, preferably in agony. And these "so-real you can pinch 'em" people live their lives in a funny, thrilling, sad world that you wish hadn't just ended when you turn the last page. But there's more, because this one is written by best-selling Irish author Marian Keyes.
Where her previous bestseller, Last Chance Saloon, featured Irish folk living in London, Sushi for Beginners is set in Keyes' hometown, Dublin. The only "foreigner" here is Lisa from London, a real madam whose longed-for promotion to "Manhattan" magazine is knocked off-course a few thousand miles when she is forced to accept the editorship of "Colleen", a new magazine for young women, billed by the publishers as "dumbed-down" but definitely "sexy". Lisa would frankly rather eat one of her freebie Patrick Cox stilettos. Still a job is a job, and anyhow, Irish MD Jack Devine could just turn out to be a major consolation prize. Lisa's deputy at "Colleen" is Ashling, a Little Miss Fix-It, whose early role reversal with her mother (thanks to the latter's nervous breakdown) has induced an organisational paranoia and a handbag filled with emergency equipment to meet any eventuality. Oh, and a best friend whose motives might not always be in Ashling's best interests.

This is a story of three girls' lives, what's made them what they are and their search for happiness--sometimes found in unlikely places and sometimes lost forever. With Sushi for Beginners, Keyes is fast-becoming the undisputed Queen of her genre. She's wincingly accurate and wickedly funny, and while she can tackle big issues like homelessness (no pun intended) with honest feeling devoid of over-sentimentality, her insight into the aspirations of thirtysomething women at the turn of the 21st century sets her high above the competition. --Carey Green