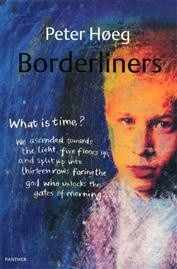 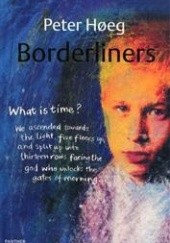 What is time?
We ascended towards the light, five floors up, and split up unto thirteen rows facing the god who unlocks the gates of morning...

Peter, Katarina, August - three emotionally damaged children in Biehl's experimantal school - were all borderliners, that is, they were under assesment by authorities to determine their futures: integration with 'normal' children or relegation to institutions for the mentally defective. They were alert to their guinea pig status in Biehl's experiment, and determined to deregulate the clockwork mechanism which entrapped them in the school, which indeed trapped them in the uncontrollable grip of Time, here employed as a servant of system. Their attempt to escapefrom the school and expose its oppressive mechanisms is at the centre of this deeply probing, sensitive and totallt fascinating novel.

Peter Høeg's "brilliant" and dystopian Borderliners is a "uniquely philosophical thriller" (Boston Sunday Globe) and a haunting story of childhood travail and hope.