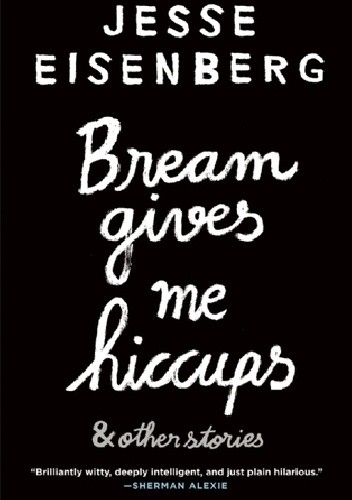 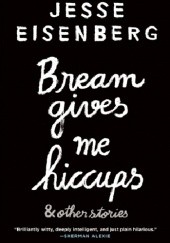 Taking its title from a group of stories that begin the book, Bream Gives Me Hiccups moves from contemporary L.A. to the dormrooms of an American college to ancient Pompeii, throwing the reader into a universe of social misfits, reimagined scenes from history, and ridiculous overreactions. In one piece, a tense email exchange between a young man and his girlfriend is taken over by the man’s sister, who is obsessed with the Bosnian genocide (The situation reminds me of a little historical blip called the Karadordevo agreement); in another, a college freshman forced to live with a roommate is stunned when one of her ramen packets goes missing (she didn’t have “one” of my ramens. She had a chicken ramen); in another piece, Alexander Graham Bell has teething problems with his invention (I’ve been calling Mabel all day, she doesn’t pick up! Yes, of course I dialed the right number – 2!).

United by Eisenberg’s gift for humor and character, and grouped into chapters that each open with an illustration by award-winning cartoonist Jean Jullien, the witty pieces collected in Bream Gives Me Hiccups explore the various insanities of the modern world, and mark the arrival of a fantastically funny, self-ironic, and original voice.