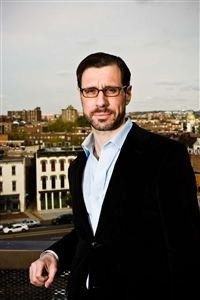 Gregory Feifer is an editor and senior correspondent for Radio Free Europe/Radio Liberty. Before coming to RFE/RL, he was Moscow correspondent for National Public Radio, where he covered Russia's resurgence under Vladimir Putin and his successor Dmitri Medvedev. Feifer has filed from many other former Soviet republics and across Russia, where he's observed the effects of the country's vast new oil wealth on an increasingly nationalistic society as well as the Kremlin's rekindling of a new Cold War-style opposition to the West.

Before joining NPR in 2005, Feifer lived in Paris and New York, and wrote for outlets including Agence France Presse and World Policy Journal. He witnessed the coup d'etat attempt against Mikhail Gorbachev in 1991, and later, on a fellowship from the Institute of Current World Affairs, examined the end of Russia's Yeltsin era and subsequent transformation into an authoritarian state.

Feifer is the author of The Great Gamble, a history of the Soviet war in Afghanistan, published by HarperCollins in 2009. He also co-wrote Spy Handler with former KGB colonel Victor Cherkashin. It was published by Basic Books in 2005.

Feifer lives in Prague with his wife Elizabeth and son Sebastian.