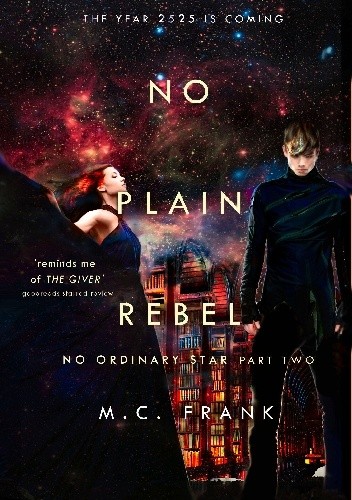 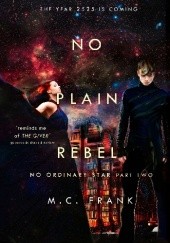 A soldier is summoned to the North Pole, days before the year changes, told to fix the great Clock for a celebration. He has no idea what to do.
A girl, hunted for the crime of being born, almost dies out on the ice. She is rescued by the last polar bear left alive.
A library waits for them both, a library built over a span of a hundred years, forgotten in the basement of an ice shack.
The world hasn't known hunger or sickness in hundreds of years. It has also forgotten love and beauty.
This is the One World.
The year is 2524.

Inspired by the short stories of Ray Bradbury, this futuristic young adult novel in three parts is set in a world where Christmas -among other things- is obsolete and a Clock is what keeps the fragile balance of peace.

Written in three parts, this is the breathtaking story of how two unlikely people change the world, and each other, one book at a time.

In No Plain Rebel, Felix finds out the truth.
Pretty soon, everything he thought he knew is crumbling around him. He’s about to lose it all. Even her.
But he must concentrate on what’s important; he must fight. It’s time. The Stadium is looming in the distance.
It’s ten heartbeats to midnight.