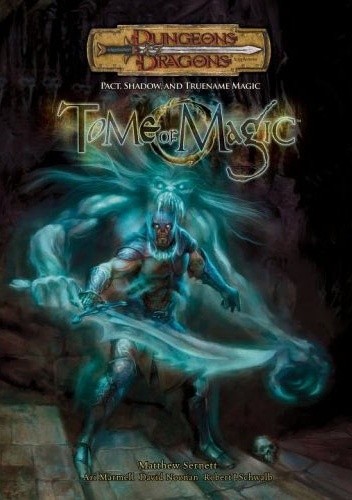 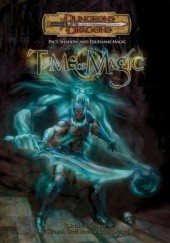 Unlock the Magical Power of
Vestiges, Shadows, and Syllables

Tome of Magic presents three new kinds of magic that you can integrate easily into any Dungeons & Dragons® campaign. These magic “subsystems” function alongside the existing D&D® magic system and offer new game mechanics, character options, and adventure possibilities. Within this tome you’ll find three new standard classes–one for each new kind of magic–as well as new spells, feats, prestige classes, monsters, and magic items tied thematically to each.

Powerful entities known as vestiges exist beyond the boundaries of life, death, and undeath. The binder uses pact magic–a combination of symbols and secret rituals–to summon these entities, strike bargains with them, and gain their formidable and sometimes bizarre supernatural powers.

The Plane of Shadow is a dark, twisted reflection of the real world. The shadowcaster, by understanding the fundamental properties of the plane and unlocking its magical mysteries, learns to harness and channel its umbral gloom, shaping the darkness to serve her whim.

Every creature has a truename–the word of its creation. The truenamer knows the primal language of the universe–the language of Truespeech–and learns the truenames of creatures and objects to gain control over them, transform them, or destroy them.