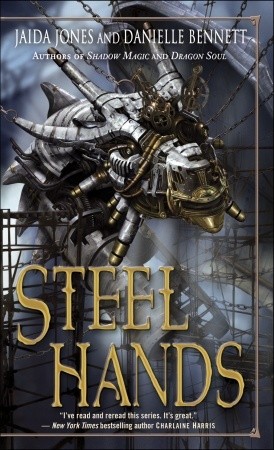 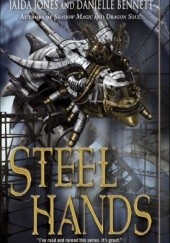 In the land of Volstov, Owen Adamo, the hard-as-nails ex–Chief Sergeant of the Dragon Corps, learns that Volstov’s ruler, the Esar, is secretly pursuing plans to resurrect magically powered sentient robot dragons—even at the risk of igniting another war. Though Adamo is not without friends—the magician Royston and former corpsman Balfour—there is only so much he and his allies can do. Adamo has been put out to pasture, given a professorship at the University. Royston, already exiled once, dares not risk the Esar’s wrath again. And Balfour, who lost both his hands in the war, is now a diplomat—and still trying to master the metal replacements that have earned him various nicknames . . . of which “Steelhands” is the least offensive.

But sometimes help comes where it’s least expected. In this case, from two students: Laurence, a feisty young woman raised by her father to be the son he never had, and Toverre, her brilliant if neurotic fiancé. When a mysterious illness strikes the university, Laurence takes her suspicions to Adamo—and unwittingly sets in motion events that will change Volstov forever.