This searing light, the sun and everything else. Joy Division - The Oral History 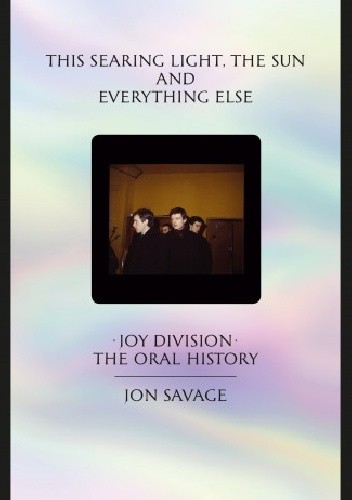 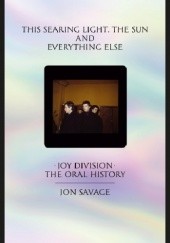 Joy Division emerged in the mid-70s at the start of a two-decades long Manchester scene that was to become much mythologised. It was then a city still labouring in the wake of the war and entering a phase of huge social and physical change, and something of this spirit made its way into the DNA of the band. Over the course of two albums, a handful of other seminal releases, and some legendary gigs, Joy Division became the most successful and exciting underground band of their generation. Then, on the brink of a tour to America, Ian Curtis took his own life.
In This searing light, the sun and everything else, Jon Savage has assembled three decades worth of interviews with the principle players in the Joy Division story: Bernard Sumner, Peter Hook, Stephen Morris, Deborah Curtis, Peter Saville, Tony Wilson, Paul Morley, Alan Hempsall, Lesley Gilbert, Terry Mason, Anik Honoré, and many more. It is the story of how a band resurrected a city, how they came together in circumstances that are both accidental and extraordinary, and how their music galvanised a generation of fans, artists and musicians. It is a classic story of how young men armed with electric guitars and good taste in literature can change the world with four chords and three-and-a-half minutes of music. And it is the story of how illness and demons can rob the world of a shamanic lead singer and visionary lyricist.
This searing light, the sun and everything else presents the history of Joy Division in an intimate and candid way, as orchestrated by the lodestar of British music writing, Jon Savage.

Dodaj cytat z książki This searing light, the sun and everything else. Joy Division - The Oral History