Doctor Who: The Missy Chronicles 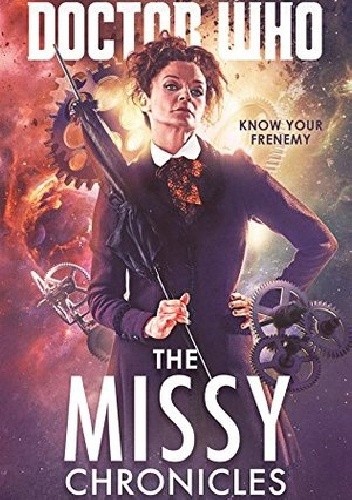 ‘I’ve had adventures too. My whole life doesn’t revolve around you, you know.’

When she's not busy amassing armies of Cybermen, or manipulating the Doctor and his companions, Missy has plenty of time to kill (literally). In this all new collection of stories about the renegade Time Lord we all love to hate, you'll discover just some of the mad and malevolent activities Missy gets up to while she isn't distracted by the Doctor.

So please try to keep up.

Contents:
Dismemberment by James Goss
The leading lights of Missy’s private members’ club bar her on the grounds that she’s female. They’re going to regret it.

Lords and Masters by Cavan Scott
With her TARDIS hijacked, Missy is forced to take on a dangerous mission for the High Council. But she’s nobody’s puppet…

Teddy Sparkles Must Die! by Paul Magrs
Missy isn’t exactly cut out to be a 1920s governess, but a wish-granting alien teddy bear will make anything worthwhile.

The Liar, the Glitch and the Warzone by Peter Anghelides
Trapped in Venice between two time-zones, pursued by militaristic Gryphons, Missy will do anything to survive.

Girl Power! by Jacqueline Rayner
The world would be a better place with women in charge, and Missy goes online with the past to prove it…

Alit in Underland by Richard Dinnick
While the Doctor recovers on floor 507 of the Mondas Colony Ship, Missy and the Master hunt for their own way out – with a stowaway in tow