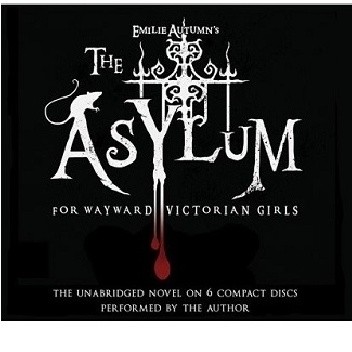 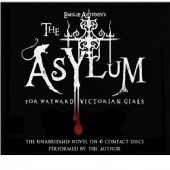 This audiobook version of The Asylum... is extremely special in that it is a reading of the ALL NEW version of the book. EA has re-written her original book and this audio recording contains completely new story elements and even a new character (oh, and a NEW SONG too!)! The current hardcover version of the book will not be reprinted, and will be replaced in 2017 by a print version of the all-new novel, which means that those with the audiobook will hear the new story before anyone else.

The Asylum... is the literary creation that altered the course of Emilie's career and changed the perception of who she was in the minds of both fans and friends. Culled directly from Emilie's real-life diary entries, the story begins with Emilie's suicide attempt and prompt imprisonment inside a psychiatric hospital for her actions as well as her bipolar disorder which is wrongly assumed to be the cause of them. The tale takes an unexpected turn when, whilst still in the psych ward, Emilie discovers evidence of a parallel dimension—a world that soon becomes indiscernible from her own. As the days drift on, the seemingly disparate worlds of the story's two lead characters (Emilie and Emily, her Victorian counterpart) begin to merge.

The book's colorful cast of characters (diabolical doctors, mental patients, and the talking plague rats and blood-sucking leeches that fans of EA's music are already familiar with) thoroughly entertain, educate, and engross the reader with prime movie material. Ultimately, The Asylum... is a profoundly moving saga of suffering, sisterhood, and revenge that has empowered thousands of young readers to victoriously end their battle with self-harm, and to create communities wherein the "unique" amongst us can support one another and cultivate pride in what makes them different.

Prepare yourself to enter a world most pray never to visit. But beware: It is much easier to get into the Asylum than it is to get out...

Ocena 7,4
The Asylum for... Emilie Autumn