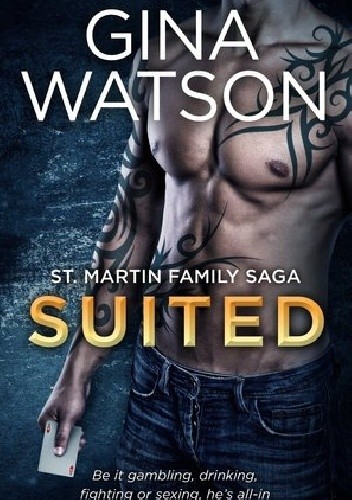 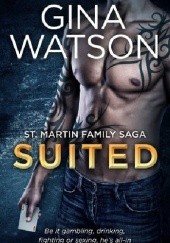 He's a gorgeous tattooed millionaire bad boy and he's headed back to his roots, and to her. Cash made his fame and fortune at the Vegas poker tables, now he's headed home to Whiskey Cove, Louisiana. Little does he know, the woman he left behind still waits for his return. After eight years as a professional poker player, Cash needed a break. The endless glow and ceaseless action of Vegas had lost its luster and his interest. As his trucked crossed the Louisiana state line he thought of her. The woman he'd left behind eight years ago. She'd been everything and he'd left to become a better man for her. He never thought it would take him eight years, but he'd been no good for her, for his family, for anyone. He'd lost her and his heart and he'd no hope of getting it back. She was the only woman he'd ever loved. Isabela wasn't the same girl she was eight years ago. She was a woman now. A successful one. She'd survived the tribulations life had thrown a her - three times. She was smart, driven, and tough. Only one thing could derail her now but she knew the chances she'd ever see him again were low. That's why when he stood across from her on Louisiana soil, she had no hand to play. She would try hard to resist him, but she knew ultimately she'd fail. She'd haunted his dreams and now she was a touch away and he wouldn't be able to resist her. When his hands drifted into her hair its silkiness drove all his senses into overdrive and he had to have her. He hoped she'd let him because he had no intentions of folding. How many times had she thought were she to see him again she'd punch him square in his too gorgeous face? But with him standing before her, she'd been rendered immobile. Suddenly all her hate, anger, and hurt didn't matter so much. He was home, he was safe, and for that she was thankful. Her body was not at all in accord with her brain. She was starting to lean into him. She needed him like she needed air to breathe. If he made the first move, she'd fall at his feet and let him do what he wanted with her. What she wanted. She only prayed he would.