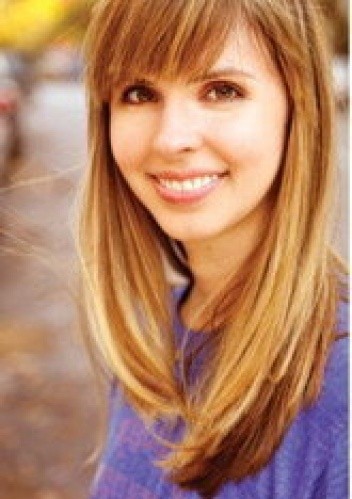 Morgan Matson was born in 1981 and grew up in New York City and Greenwich, Connecticut. She attended Occidental College in Los Angeles but halfway though a theater degree, she started working in the children's department of Vroman's Bookstore and fell in love with YA literature.
Following college graduation (and the proud bearer of an incredibly useful theater/English degree) she moved back East to attend the New School, where she received her M.F.A in Writing for Children.
Amy & Roger's Epic Detour, inspired by Morgan's three cross-country road trips, was published in May 2010. It was named an ALA Top Ten Best Book, a PW "Flying Start" book, and was shortlisted for the Waterstone's Book Prize.

In the meantime, Morgan moved back to California, went back to school again and in 2011 received an M.F.A. in Screenwriting from the University of Southern California.

Her second book, Second Chance Summer, was published in May 2012. It was inspired by her experiences spending summers growing up in the Pocono Mountains of Pennsylvania. It was named to the ALA Best Fiction for Young Adults list, and selected as a School Library Journal Best Book of 2012.

Morgan's work has been published all over the world, and translated into 10 languages so far.
She lives in Los Angeles, though she loves to travel and does it whenever she can. She is currently writing another book, to be published in 2016.