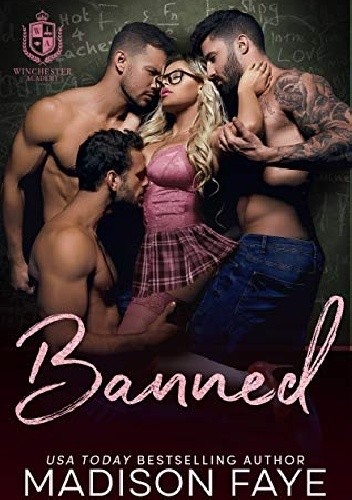 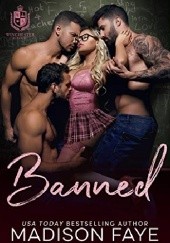 What happens when the school’s quirkiest band geek starts a rock band with three of the hottest guys in varsity football royalty?
Well, pretty soon, I’m not just “with” the band.
I’m with the band. The whole band…
What could possibly go wrong?
You know, besides everything.
They’re panty-meltingly gorgeous, cocky, and three of the biggest stars on the varsity football team. I’m the dorkiest, tuba-playing music-geek this side of band camp. In a school full of rules and clichés, Anders Teller, Griffin Reeves, Carson Lafayette and I have nothing to do with each other.
Except, I’m about to have everything to do with them. With all of them.
They’re the last thing I expect when I sneak off campus after curfew to audition for an up-and-coming rock band. Neither is finding them mostly naked when I show up, or falling—yes, literally falling—into their arms…
Everyone says to keep clear of crazy-hot musicians. They say the same thing about totally beautiful, ridiculously tempting football jocks, too. So what’s a girl to do when she comes across a stupid-hot combination of both?
There’s three of them, and one of me. And before long, it’s not just the practice room that’s rocking and rolling…
One never-been-touched nerd, three huge, utterly tempting jocks, and three whispered words that make my toes curl: “we’re gonna share.”
As The Bard says, if music be the food of love, play on.
Well, something tells me we’re about to play all night.