An American Genocide The United States and the California Indian Catastrophe, 1846-1873 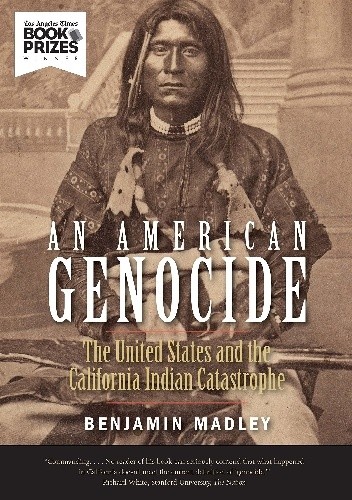 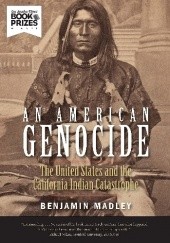 Between 1846 and 1873, California’s Indian population plunged from perhaps 150,000 to 30,000. Benjamin Madley is the first historian to uncover the full extent of the slaughter, the involvement of state and federal officials, the taxpayer dollars that supported the violence, indigenous resistance, who did the killing, and why the killings ended. This deeply researched book is a comprehensive and chilling history of an American genocide.

Madley describes pre-contact California and precursors to the genocide before explaining how the Gold Rush stirred vigilante violence against California Indians. He narrates the rise of a state-sanctioned killing machine and the broad societal, judicial, and political support for genocide. Many participated: vigilantes, volunteer state militiamen, U.S. Army soldiers, U.S. congressmen, California governors, and others. The state and federal governments spent at least $1,700,000 on campaigns against California Indians. Besides evaluating government officials’ culpability, Madley considers why the slaughter constituted genocide and how other possible genocides within and beyond the Americas might be investigated using the methods presented in this groundbreaking book.

Benjamin Madley is associate professor of history, University of California, Los Angeles, where he focuses on Native America, the United States, and genocide in world history. He lives in Los Angeles, CA.