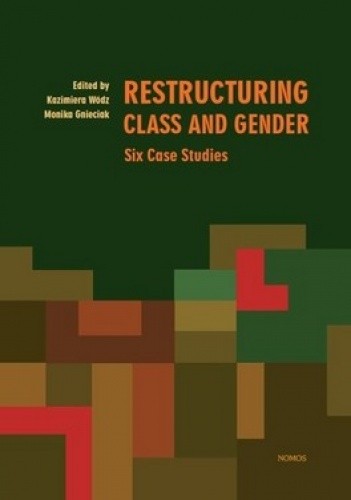 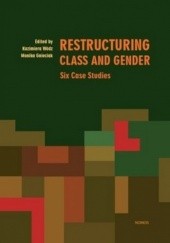 The presented book was created as the result of cooperation between researchers from centers in six countries who were investigating the transformations occurring in European postindustrial regions. […] A description of the present position of the class, the dynamics of its transformations, change in the process of identification, professional reorientation linked to the reorganisation of family and private life – herein considered in the framework of the gender discourse on the process of women’s emancipation and gender equality – constitutes the main thematic area in Restructuring Class and Gender: Six Case Studies. […]The first part of the book includes the title reports from the particular European countries. Their order was determined by the unique nature of the studied area: those industrial settlements subjected to transformation from the first reports (Poland, England and Turkey) are areas connected with a background in extractive industry – primarily mining (except for the studied quarters of Ruda Śląska in the Polish research, gathered mainly around the Pokój steelworks). The following reports from France, Germany, and Spain describe areas with a diverse industrial structure. The second, and also final part of the book, Final Conclusion: A Synthesis of Regional Reports, was prepared by the Polish researchers and presents a synthesis and summary of the data included in the national reports concerning the transformations in the class (as well as gender) structure of the studied regions.