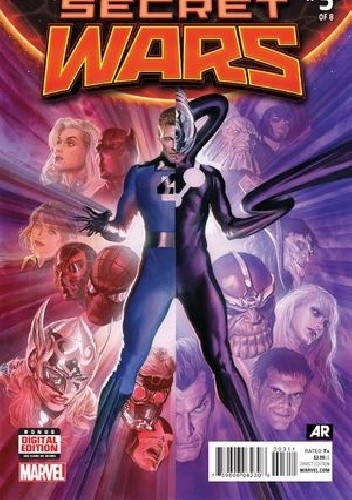 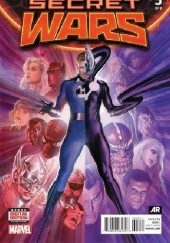 Sheriff Strange goes through his weekly report of events in Battleworld to All-Father Doom. When Doom complains that Strange's record keeping is banality and of no interest to him, Strange counters that while Doom is omnipotent, he is not omniscient, and that he must be kept informed in order to protect himself from the threats to his throne. Strange concludes that Doom is in "a damn tricky mood" and Doom concludes the same of Strange. The two reminisce about creating Battleworld, and Doom tells Strange that he has his trust and full favor. Their stroll is interrupted by urgent news from Doomgard; the discovery of the Cabal's liferaft.

Strange travels to Utopolis to inspect the site of the raft's remains, ordering the Thor Corps to search for the Cabal. Inside, he finds Miles Morales, and to his shock, Miles remembers the world before Battleworld.

In Castle Doom, Sue Storm asks to speak with Doom. She mentions a song about the "man in the sun" and Doom acknowledges that the song is indeed about her brother Johnny Storm, who tried to lead an insurrection against Doom and was punished for his sins by being turned into Battleworld's sun. As they continue discussing, Doom reveals his dissatisfaction with one aspect of Battleworld; himself, stating that he has failed in inspiring his people, which accounts for their restlessness. He goes on to say that perhaps he should have kept himself hidden instead of involving himself so closely in the matters of mortals, finally lamenting that for all his powers he still cannot fix his damaged face. Sue responds that she was drawn to him because of his mind and heart, and takes of his mask, revealing his mangled face, and tells him he should show them his visage in order for the people to see what she sees; a god with great love for his people.

Strange brings Miles Morales and the young Thor who discovered the Cabal's raft to the Hidden Isle of Agamotto, his stronghold, where he reveals that he had found another raft like the Cabal's. Strange asks the Thor to open it, and out steps the survivors of Earth-616. Miles and Peter recognize each other, and Captain Marvel recognizes Strange, but Strange is still uncertain that they are from the world he left behind, until Black Panther and Reed Richards emerge, and greet him with a secret code phrase of the Illuminati, which Strange completes, showing he is who he says. Strange reveals that they have been in stasis for eight years he explains that God created Battleworld from the incursion points of various destroyed realities, and finally reveals that "God" is Doctor Doom. Panther asks when he found their raft, and Strange reveals that he found it three years ago, and kept quiet so as not to risk disturbing the order of Battleworld.

In the Kingdom of Utopolis, the Cabal dine on an animal as Maximus notes to his fascination that he believes that the sun orbits Battleworld and not the other way around. Corvus Glaive notes that they covered good ground that day, but suggests they split up to cover more ground on the morrow. The Maker complains that they should have done things differently at the raft, stating that they should have captured the Thor they killed and pressed him for information, which Namor agrees with. Thanos states that there was no need for mercy or regret, and when Black Swan asks if he believes that they will find their answers by simply "muddling along", Thanos replies that he is certain that the answers will find them. When Namor asks him how he is so certain, Thanos responds "because I am looking up" as a contingent of Thors descend on them from the sky.