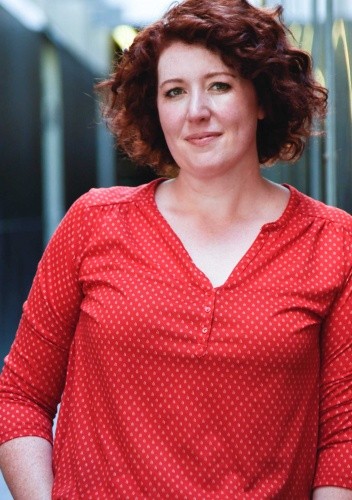 Jane Harper is the author of international bestsellers The Dry, Force of Nature and The Lost Man. Her books are published in more than 35 territories worldwide.

The Dry is to made into a major motion picture starring Eric Bana as Aaron Falk, with filming due to start this month.

Jane was born in Manchester in the UK, and moved to Australia with her family at age eight. She spent six years in Boronia, Victoria, and during that time gained Australian citizenship.

Returning to the UK with her family as a teenager, she lived in Hampshire before studying English and History at the University of Kent in Canterbury.

On graduating, she completed a journalism entry qualification and got her first reporting job as a trainee on the Darlington & Stockton Times in County Durham.

Jane worked for several years as a senior news journalist for the Hull Daily Mail, before moving back to Australia in 2008.

She worked first on the Geelong Advertiser, and in 2011 took up a role with the Herald Sun in Melbourne.

In 2014, Jane submitted a short story which was one of 12 chosen for the Big Issue's annual Fiction Edition.

That inspired her to pursue creative writing more seriously, breaking through with The Dry at the Victorian Premier's Literary Awards in 2015.

Jane lives in St Kilda with her husband and daughter.