Physically Based Rendering: From Theory to Implementation. Second Edition 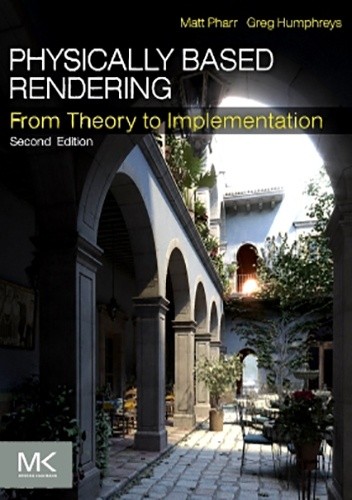 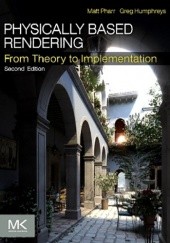 Physically Based Rendering, Second Edition describes both the mathematical theory behind a modern photorealistic rendering system as well as its practical implementation. A method known as "literate programming" combines human-readable documentation and source code into a single reference that is specifically designed to aid comprehension. The result is a stunning achievement in graphics education. Through the ideas and software in this book, you will learn to design and employ a full-featured rendering system for creating stunning imagery.

This new edition greatly refines its best-selling predecessor by streamlining all obsolete code as well as adding sections on parallel rendering and system design; animating transformations; multispectral rendering; realistic lens systems; blue noise and adaptive sampling patterns and reconstruction; measured BRDFs; and instant global illumination, as well as subsurface and multiple-scattering integrators. These updates reflect the current state-of-the-art technology, and along with the lucid pairing of text and code, ensure the book's leading position as a reference text for those working with images, whether it is for film, video, photography, digital design, visualization, or gaming.

The author team of Matt Pharr, Greg Humphreys, and Pat Hanrahan garnered a 2014 Academy Award for Scientific and Technical Achievement from the Academy of Motion Picture Arts and Sciences based on the knowlege shared in this book.The Academy called the book a "widely adopted practical roadmap for most physically based shading and lighting systems used in film production."