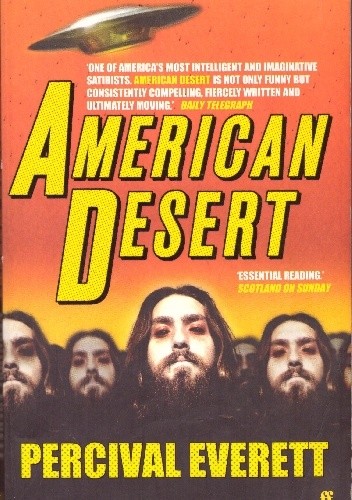 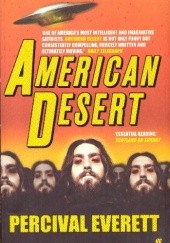 Theodore Street is driving towards the ocean, where he plans to drown himself. But on the way he is hit by a van and sails through the windscreen, his head sliced cleanly from his body. At his funeral days later, he sits up in his coffin, apparently resurrected. Alternately fêted and feared as the Second Coming and the Anti-Christ, Theodore becomes an object of derision and morbid curiosity to the press, a prized specimen for scientists, and Satan incarnate to an obscure religious cult deep in the desert.

Fascinating, surreal and wildly satirical, AMERICAN DESERT sends up the press, religion, UFOs and the military, and offers a meditation on retrospection, forgiveness—and ultimately what it is to be alive.

"Starkly satirical and boldly surreal... the plot is delicious, the characters deftly drawn and the psychology penetrating." --Mariko Kato, TIME OUT Book of the Week

"A writer who can bring the dead to life can do anything ... Everett achieves a primal sense of dislocation, forcing us to question how we determine the limits of the human, and to marvel at how readily we call on religion whenever the chain of rational explanation breaks down." --NEW YORK TIMES

"AMERICAN DESERT is Percival Everett's best novel in years – witty, savage and explosive – a brilliant, barbed work from one of America's best and most iconoclastic satirists." --Madison Smartt Bell