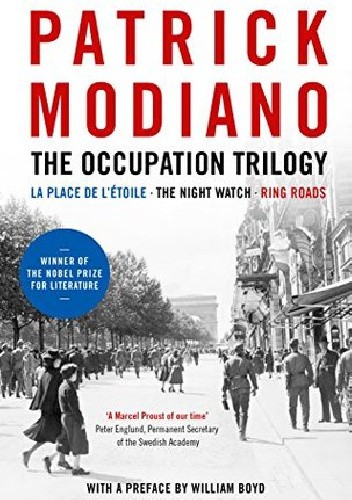 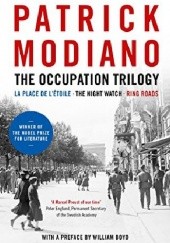 When Patrick Modiano was awarded the 2014 Nobel Prize for Literature he was praised for using the 'art of memory' to bring to life the Occupation of Paris during the Second World War. Born just after the war, Modiano was an angry young man in his twenties when these three brilliant, angry novels burst onto the Parisian literary scene and caused a storm.

The epigraph to his ambitious first novel, among the first to seriously question both wartime collaboration in France and the myths of the Gaullist era, reads: 'In June 1942 a German officer goes up to a young man and says: 'Excuse me, monsieur, where is La Place de l'Étoile?' The young man points to the star on his chest.' The Night Watch tells the story of a young man, caught between his work for the French Gestapo, his work for a Resistance cell informing on the police and the black market dealers whose seedy milieu he shares. Ring Roads recounts Serge's search for his father, who disappeared from his life ten years earlier. He finds him trying to survive the war years in the unlikely company of spivs, anti-Semites and prostitutes, putting his meagre business skills at the service of those who have no interest in him or his survival.

These brilliant, almost hallucinatory evocations of the Occupation, attempt to exorcise the past by exploring the morally ambiguous worlds of collaboration and resistance.