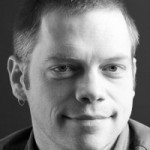 Ben Kane, (born 1970) is a novelist, known for his novels in the historical fiction genre. He is best-known for The Forgotten Legion and Hannibal Enemy Of Rome which reached number 4 in the Sunday Times best seller list in 2009.
Ben Kane was born and raised in Kenya and then moved to Ireland, in Dublin he studied veterinary medicine at University College Dublin, but after that he travelled the world extensively, indulging his passion for ancient history. Having visited more than 60 countries and all 7 continents, he now lives in North Somerset with his wife and family.