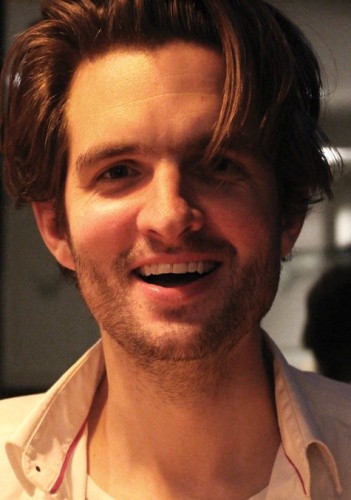 When I was thirteen, my best friend and I went to a Bon Jovi concert at Wembley Stadium. We thought it looked like fun, so we started our own band - a band that, ten years later, would become The Lightyears. Since then, we've been lucky enough to tour all over the world, from Cape Town to South Korea, playing at Glastonbury Festival and O2 Arena and supporting members of legendary rock bands such as Queen, Journey and The Who. And though we never made it anywhere near as big as Bon Jovi, we did get to play Wembley Stadium, four times, to crowds of over 45,000 people.

Music aside, writing was my first love. In 2014, I published a novel called MOCKSTARS, which was inspired by my tour diaries for The Lightyears. Shortly afterwards, following a three-month stint ghostwriting for a One Direction fan club, I came up with the idea of a YA novel that combined an intense teenage romance with the electrifying universe of a chart-topping boyband. That idea became the trilogy SONGS ABOUT A GIRL, which was signed up by Hodder Children's in 2015, and has sold in multiple territories worldwide. Book One is available now from all major bookstores.