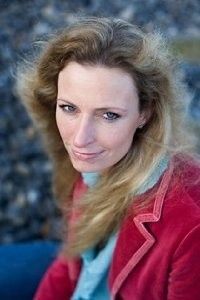 Tamsin Pickeral was born in England a frightening amount of years ago. She is the daughter of a veterinary surgeon and an artist/art teacher. Art and animals have remained a defining influence on the author, who specialises in books on both subjects. Alongside her own books she has also been a major contributor to a number of multi-author art reference publications and exhibition catalogues. Her books are published internationally, and have been widely reviewed in leading newspapers and magazines.

Her academic training revolved around the arts, first with a period of time spent studying in Italy, before finishing her degree in history of art and architecture at Reading University.

Having learnt to ride (or at least stay on) at a young age on a belligerent ex-racing donkey, the author later moved on to competitive riding, eventing and showjumping with some success, and horses continue to play an important role in her life.

She wrote her first book (The Encyclopedia of Horses and Ponies, 1999) in the United States where she lived for eight years, much of it spent on a remote cattle ranch. During this period she continued her work with horses as well as being a veterinary nurse, while building her writing career. Following her move back to the UK, the author was able to devote herself full time to her profession.

Tamsin currently has a number of projects underway and is working extensively with several contemporary artists including leading figurative painter Chris Gollon, the subject of her latest book, Chris Gollon: Humanity in Art, published May 2010.

She has just been signed to write a major new study of the horse, reviewing 90 different breeds and examining their role in different cultures across the world. The book, which will be illustrated with photographs by award winning photographer Gary Coulson, has already been bought by publishing houses in Australia, North America and across Europe. Due for publication 2011.