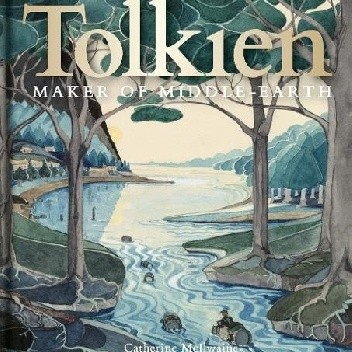 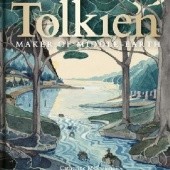 This richly illustrated book explores the huge creative endeavour behind Tolkien’s enduring popularity. Lavishly illustrated with over 300 images of his manuscripts, drawings, maps and letters, the book traces the creative process behind his most famous literary works – The Hobbit, The Lord of the Rings and The Silmarillion and reproduces personal photographs and private papers (some of which have never been seen before in print).

Tolkien drew on his deep knowledge of medieval literature and language to inform his literary imagination. Six introductory essays cover some of the main themes in Tolkien’s life and work including the influence of northern languages and legends on the creation of his own legendarium; his concept of ‘Faërie’ as a literary construct; the central importance of his invented languages in his fantasy writing; his visual imagination and its emergence in his artwork; and the encouragement he derived from the literary group known as the Inklings.

This book brings together the largest collection of original Tolkien material ever assembled in a single volume. Drawing on the archives of the Tolkien collections at the Bodleian Libraries, Oxford, and Marquette University, Milwaukee, as well as private collections, this exquisitely produced catalogue draws together the worlds of J.R.R. Tolkien – scholarly, literary, creative and domestic – offering a rich and detailed understanding and appreciation of this extraordinary author.