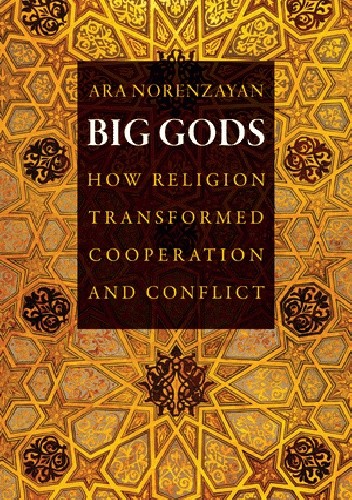 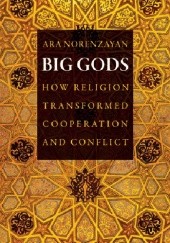 How did human societies scale up from tight-knit groups of hunter-gatherers to the large, anonymous, cooperative societies of today—even though anonymity is the enemy of cooperation? How did organized religions with "Big Gods"—the great monotheistic and polytheistic faiths—spread to colonize most minds in the world? In Big Gods, Ara Norenzayan makes the surprising argument that these fundamental puzzles about the origins of civilization answer each other.

Sincere faith in watchful Big Gods unleashed unprecedented cooperation within ever-expanding groups, yet at the same time it introduced a new source of potential conflict between competing groups. And in some parts of the world, societies with atheist majorities—some of the most cooperative and prosperous in the world—have climbed religion’s ladder, and then kicked it away.

Big Gods answers fundamental questions about the origins and spread of world religions and helps us understand the rise of cooperative societies without belief in gods.

Ara Norenzayan is professor of psychology at the University of British Columbia. His work has been featured on the BBC and CNN, and in the New York Times Magazine.