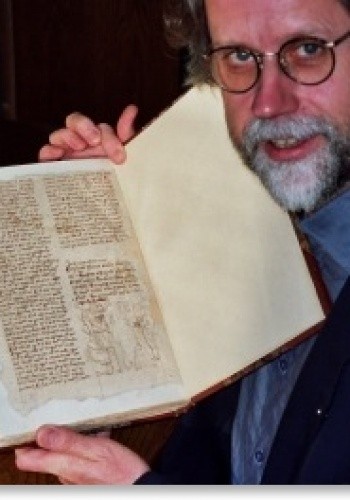 My main interests are the natural philosophy of the late Middle Ages and the Renaissance, especially the philosophy of mind, and the period’s history of irreligion. As someone reading medieval manuscripts on a daily basis, I am also active in medieval Latin paleography. I originally studied Philosophy, Mathematics, and Education (Ph.D. in Philosophy, Ruhr-Universität Bochum, 1985). From 1985 to 2005, I held Research Fellowships from the German Science Foundation (DFG) and the Dutch Science Foundation (NWO) and, in this capacity, worked at Ruhr-Universität Bochum (Germany) and Radboud Universiteit Nijmegen (Netherlands). I have also spent some time as a Visiting Scholar at Harvard University (Cambridge, Massachusetts) and at UCLA (University of California, Los Angeles), and as a Senior Research Fellow at the Centre Pierre Abélard de la Sorbonne in Paris.

In addition to having published extensively on the commentary tradition of Aristotle’s De anima, I have written several papers on the late-medieval zeitgeist analysis “On the Actual State of the World” (De statu mundi actuali), in which we first encounter Nietzsche’s slogan “God is dead!” (Deus est mortuus).

As a programmer, I am largely self-taught. I do have a degree in Mathematics, but programming was not part of the curriculum when I was an undergraduate. I am the creator of Abbreviationes™, the first database of medieval Latin abbreviations, which is available online at http://abbreviationes.net/.