Supernatural and Philosophy: Metaphysics and Monsters... for Idjits 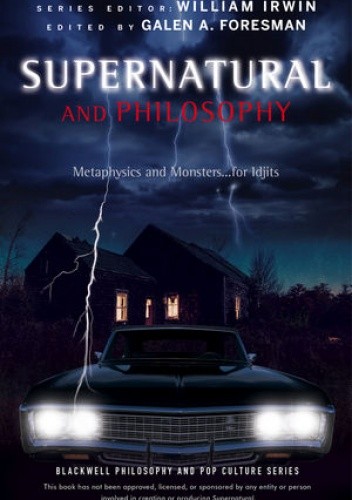 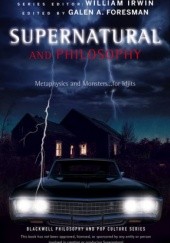 No doubt the years hunting monsters and saving the universe have had their toll on the Winchesters, but their toughest and most gruesome battles are contained in this book. Think Lucifer was diabolically clever? Think again. No son is more wayward than the one who squanders his intellect and academic career pursuing questions as poignant as “Half-awesome? That’s full-on good, right?” Gathered here for the first time since the formation of Purgatory, a collection of research so arcane and horrific that it would make even the late, great Bobby Singer blush.

Supernatural and Philosophy tackles all the big ideas in the long-running hit show Supernatural, covering thorny issues in a fun and accessible way. Even those unfamiliar with the show will find fascinating insights into Heaven, Hell, Angels, Demons, God, and Lucifer.

A unique collection of insights into the many philosophical, religious, and paranormal topics in the hit TV show, Supernatural.

Accessible treatment of thorny issues for a general audience.

]Those unfamiliar with the show will still find fascinating insights into Heaven, Hell, Angels, Demons, God, Lucifer, and Good and Evil.

Contributors tackle issues ranging from the biological classifications of monsters, to the epistemological problems of ghost hunting.