Linux Annoyances for Geeks. Getting the Most Flexible System in the World Just the Way You Want It 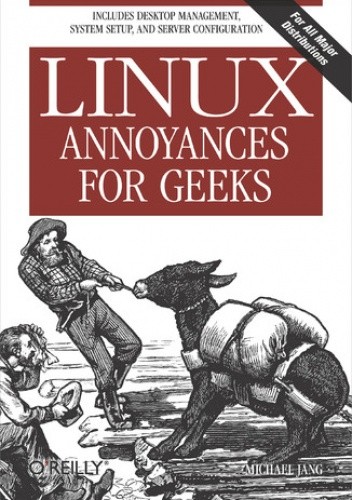 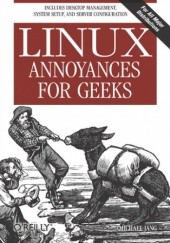 GNU/Linux is an immensely popular operating system that is both extremely stable and reliable. But it can also induce minor headaches at the most inopportune times, if you're not fully up to speed with its capabilities.
A unique approach to running and administering Linux systems, Linux Annoyances for Geeks addresses the many poorly documented and under-appreciated topics that make the difference between a system you struggle with and a system you really enjoy. This book is for power users and system administrators who want to clear away barriers to using Linux for themselves and for less-trained users in their organizations.
This book meticulously tells you how to get a stubborn wireless card to work under Linux, and reveals little-known sources for wireless driversand information. It tells you how to add extra security to your systems, such as boot passwords, and how to use tools such as rescue disks to overcome overly zealous security measures in a pinch. In everyarea of desktop and server use, the book is chock full of advice based on hard-earned experience.
Author Michael Jang has spent many hours trying out software in a wide range of environments and carefully documenting solutions for the most popular Linux distributions. (The book focuses on Red Hat/Fedora, SUSE, and Debian.) Many of the topics presented here are previously undocumented or are discussed only in obscure email archives.
One of the valuable features of this book for system administrators and Linux proponents in general is the organization of step-by-step procedures that they can customize for naive end-users at their sites. Jang has taken into account not only the needs of a sophisticated readership, but the needs of other people those readers may serve.
Sometimes, a small thing for a user (such as being able to play a CD) or for an administrator (such as updating an organizations' systems from a central server) can make or break the adoption of Linux. This book helps you overcome the most common annoyances in deploying Linux, and trains you in the techniques that will help you overcome other problems you find along the way.
In keeping with the spirit of the Annoyances series, the book adopts a sympathetic tone that will quickly win you over. Rather than blaming you for possessing limited Linux savvy, Linux Annoyances for Geeks takes you along for a fun-filled ride as you master the system together.

Dodaj cytat z książki Linux Annoyances for Geeks. Getting the Most Flexible System in the World Just the Way You Want It