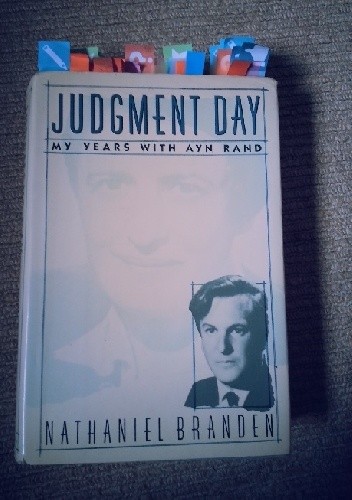 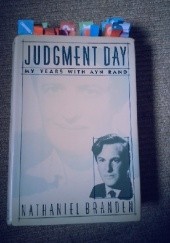 "Do you know what I regard as my greatest personal reward for The Fountainhead? You." - Ayn Rand to Nathaniel Branden

Judgment Day is a passionately written, highly theoretical memoir and a psychological tour de force. It is the drama of an intense love affair between a literary genius and a brilliant young man twenty-five years her junior - against the background of a challenging and controversial philosophical movement. In following the course of a man's intellectual and emotional evolution, we are led to a deeper understanding of the work and life of Ayn Rand, who was his friend, mentor, lover and enemy. This is an odyssey that profoundly illuminates the relationship of reason and emotion - and the ability of the human spirit to overcome adversity and regenerate itself. Ayn Rand and Nathaniel Branden were associated for nearly two decades. And for over twenty years, since the time of their explosive break, people all over the world would have been asking Branden, "What really happened between you and Ayn Rand?...How could two people who were so close find themselves in such devastating and irreconcilable conflict?" Now, for the first time, Nathaniel Branden answers these questions.

A man's sexual choice is the result and the sum of his fundamental convictions. Tell me what a man finds sexually attractive and I will tell you his entire philosophy of life. Show me the woman he sleeps with and I will tell you his valuation of himself... He will always be attracted to the woman who reflects his deepest vision of himself, the woman whose surrender permits him to experience – or to fake – a sense of self-esteem. The man who is proudly certain of his own value, will want the highest type of woman he can find, the woman he admires, the strongest, the hardest to conquer – because only the possession of a heroine will give him the sense of an achievement, not the possession of a brainless slut.... There is no conflict between the standards of his mind and the desires of his body... Love is our response to our highest value – and can be nothing else.

A man's sexual choice is the result and the sum of his fundamental convictions. Tell me what a man finds sexually attractive and I will tell...

(...) my strong philosophical inclinations, reinforced by Ayn's beliefs and attitudes, disposed me to think about emotion and motivation in purely cognitive terms – that is, to explain feelings and behaviour primarily in terms of a person's ideas or premises. Understanding a person ultimately meant understanding the conscious or subconcious conclusions he or she had formed about life and human existence. In addition, there was the principle of free will, which Ayn had defined as the freedom to think or not to think – to exercise consciousness or to suspend it.

(...) my strong philosophical inclinations, reinforced by Ayn's beliefs and attitudes, disposed me to think about emotion and motivation in ...