I Never Met a Story I Didn't Like: Mostly True Tall Tales 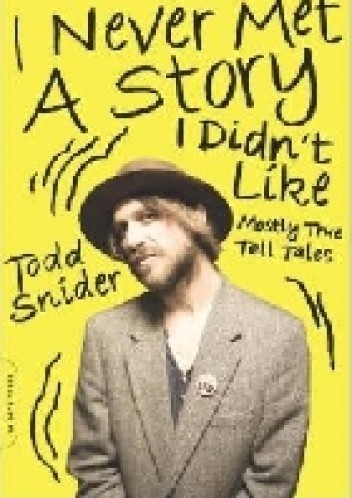 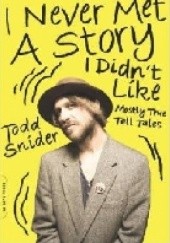 For years, Todd Snider has been one of the most beloved country-folk singers in the United States. He had a Top 40 hit with “Talking Seattle Grunge Rock Blues,” which gave national audiences the first taste of his insightful songwriting, at once satirical and sincere. Hailed by critics as one of the top albums of 2004, East Nashville Skyline was followed by The Devil You Know and The Excitement Plan. Snider’s songs took on George W. Bush and America’s recent involvement in foreign war, along with a host of more intimate topics.

As good as Snider’s albums have been, his in-concert monologues are even better. His shows are a loose-limbed, informal experience: it’s often just him and a guitar. He introduces songs with stories that can run as long as twenty minutes, always displaying his charm and wit. As he’s allowed his storytelling to evolve along with his music, Snider has become not only a modern day Bob Dylan but a modern day Will Rogers as well—an everyman whose intelligence, self deprecation, experience, and, above all, humor make him a uniquely American character.