Me against my brother: At War in Somalia, Sudan and Rwanda 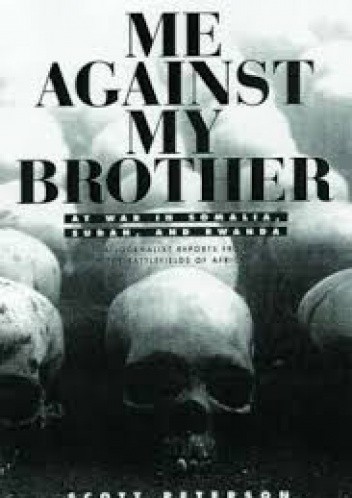 As a foreign correspondent, Scott Peterson witnessed firsthand Somalia's descent into war and its battle against US troops, the spiritual degeneration of Sudan's Holy War, and one of the most horrific events of the last half century: the genocide in Rwanda. In Me Against My Brother, he brings these events together for the first time to record a collapse that has had an impact far beyond African borders.In Somalia, Peterson tells of harrowing experiences of clan conflict, guns and starvation. He met with warlords, observed death intimately and nearly lost his own life to a Somali mob. From ground level, he documents how the US-UN relief mission devolved into all out war - one that for America has proven to be the most formative post-Cold War debacle. In Sudan, he journeys where few correspondents have ever been, on both sides of that religious front line, to find that outside "relief" has only prolonged war. In Rwanda, his first-person experience of the genocide and well-documented analysis provide rare insight into this human tragedy.Filled with the dust, sweat and powerful detail of real-life, Me Against My Brother graphically illustrates how preventive action and a better understanding of Africa - especially by the US - could have averted much suffering.

Dodaj cytat z książki Me against my brother: At War in Somalia, Sudan and Rwanda