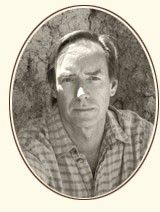 Jim Fergus was born in Chicago on March 23, 1950. He attended high school in Massachusetts and graduated as an English major from Colorado College in 1971. He has traveled extensively and lived over the years in Colorado, Florida, the French West Indies, Idaho, France, and Arizona. For ten years he worked as a teaching tennis professional in Colorado and Florida, and in 1980 moved to the tiny town of Rand, Colorado (pop. 13), to begin his career as a full-time freelance writer. He was a contributing editor of Rocky Mountain Magazine, as well as a correspondent of Outside magazine. His articles, essays, interviews and profiles have appeared in a wide variety of national magazines and newspapers, including Newsweek, Newsday, The Denver Post, the Dallas-Times Herald, Harrowsmith Country Life, The Paris Review, MD Magazine, Savvy, Texas Monthly, Esquire, Fly Fisherman, Outdoor Life, Sports Afield, and Field & Stream. His first book, a travel/sporting memoir titled, A Hunter's Road, was published by Henry Holt in 1992. Writing in the Los Angeles Times, Jonathan Kirsch called A Hunter's Road, "An absorbing, provocative, and even enchanting book."

Fergus' first novel, One Thousand White Women: The Journals of May Dodd was published by St. Martin's Press in 1998. The novel won the 1999 Fiction of the Year Award from the Mountains & Plains Booksellers Association, and has become a favorite selection of reading groups across the country. It has since sold over 250,000 copies in the United States. An international bestseller, One Thousand White Women (Milles Femmes Blanches) was also on the French bestseller list for fifty-seven weeks and has sold well over 400,000 copies in that country.

In 1999, Jim Fergus published a collection of outdoor articles and essays, titled The Sporting Road. And in the spring of 2005, his second novel, The Wild Girl: The Notebooks of Ned Giles was published by Hyperion Press. An historical fiction set in the 1930's in Chicago, Arizona, and the Sierra Madre of Mexico, The Wild Girl has also been embraced by reading groups all across the United States. Winston Groom, author of Forrest Gump called it, "an exhilarating and suspenseful tale that makes the heart soar."

Jim Fergus is currently working on a new novel, a family historical fiction involving his French mother and grandmother, and spanning the first two-thirds of the 20th century. He lives presently in southern Arizona.