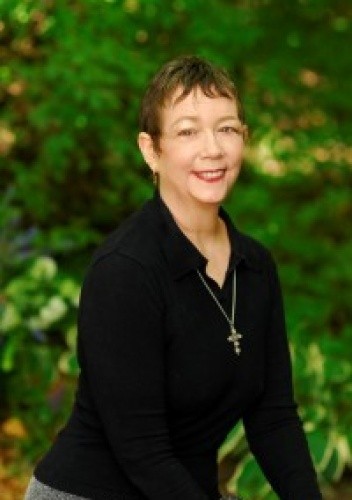 The late Carla Rueckert (1943 – 2015) is the world-famous channeler of the Law of One material, otherwise known as the RA Material.

Carla L. Rueckert-McCarty, Christian mystic and librarian by training, formed a partnership in 1968 with Don Elkins, a physics professor and commercial airline pilot, to begin a serious and systematic investigation into the UFO phenomenon. This partnership grew into the non-profit organization based in Louisville, Kentucky that exists to this day known as L/L Research (short for Love/Light Research).

As the 60’s came to a close, Don and Carla’s investigations into UFO’s led them to information allegedly obtained by means of telepathic contact with beings that we on Earth would consider ET’s. From this point forward, the nature of their research began to shift from the outer evidence of the UFO phenomenon – i.e., abductees, physical evidence of UFO’s, eyewitness accounts, etc. – to the purely spiritual dimension of the UFOs’ message and purpose.

Using information detailing how to achieve and sustain telepathic contact (what we would nowadays call “channeling”), they developed and refined their own set of protocols in order to begin receiving channeled messages from these UFO entities. From that time to the present day, the positively oriented information received has been unwaveringly concerned with humankind’s metaphysical situation with regard to the potentials of the Earth illusion for facilitating spiritual evolution. These sources speak of a unified creation wherein all is One, all is the Creator, and the seeker’s journey is one of knowing the self, accepting the self, and becoming the Creator.

Carla began this type of channeling in 1974 and continued up until 2011 when a major back surgery caused her to put her channeling on hold during her prolonged recovery. After her passing in 2015, L/L Research, led by her husband Jim McCarty, took up the torch and continues the channeling experiment into the present day. From 1974 to the time of this writing, L/L Research has recorded, transcribed, and made freely available every channeling on their website: www.llresearch.org.

Carla authored A Wanderer’s Handbook, A Book of Days: Channelings from the Holy Spirit, A Channeling Handbook, and Living the Law of One 101 – The Choice, among others books, all of which are also freely available on L/L Research’s website: www.llresearch.org.

Chief among her many accomplishments is the role she played as the trance channel through which came the groundbreaking, and to this day unparalleled, series of books entitled The Law of One. The five volumes in the Law of One series consist of 106 sessions of Q&A between Don Elkins and an advanced intelligence that identified itself as Ra. Carla Rueckert was the tuned-trance instrument, Don Elkins the questioner, and Carla’s future husband, Jim McCarty, was the scribe.

This contact took place between 1981 and 1984. What distinguished this particular contact from the larger body of her other, consciously channeled, work was the fact that the contact with those of Ra was a “narrow band transmission” and as such required that she be completely unconscious during the transmission of information. Because of this arrangement, Ra was able to manipulate Carla’s vocal cords and speak directly to the group with virtually zero human filtering. This resulted in a dramatic increase in the quality and profundity of the ET message of unity, love, light, and joy.

Ra’s intent during this dialogue was to serve as a humble messenger for the Law of One, that single law which states that: “The Law of One, though beyond the limitation of name, as you call vibratory sound complexes, may be approximated by stating that all things are one, that there is no polarity, no right or wrong, no disharmony, but only identity. All is one, and that one is love/light, light/love, the Infinite Creator.”

“You are every thing, every being, every emotion, every event, every situation. You are unity. You are infinity. You are love/light, light/love. You are. This is the Law of One.”

Carla L. Rueckert-McCarty passed into larger life in her home in Louisville, Kentucky.. Her husband and research associate, Jim McCarty, continues the work started by her and Don decades ago, including serving as the instructor for the IMU class, Basic Principle of the Law of One. L/L Research continues to hold workshops throughout the year along with weekly public meditations from September through May. Their community website, www.bring4th.org, serves the L/L readership with forums, blogs, and chat rooms. To learn more about Carla and the work of L/L Research, check out the website at www.llresearch.org.