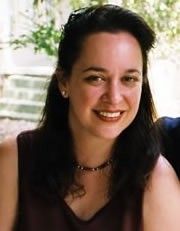 Cynthia's fiction is noted for its diversity, humor, lyricism, and mid-to-southwestern settings. Still early in her career, she has shown tremendous range and loves to experiment.

JINGLE DANCER, illustrated by Cornelius Van Wright and Ying-Hwa Hu, (Morrow / Harper-Collins, 2000)(ages 4-up) was a finalist for the Oklahoma Book Award, runner-up for the Western Writers Association Storyteller Award, and Notable Children's Trade Book in the Field of Social Studies. It was also named to the Texas 2 x 2 List. School Library Journal said, “…a welcome addition to stories about traditions passed down by woman of a culture.” Book magazine named it among “Debuts that Deliver.”

RAIN IS NOT MY INDIAN NAME (HarperCollins, 2001)(Listening Library, 2001)(ages 10-up) also was an Oklahoma Book Award finalist and earned Cynthia the title of 2001 Writer of the Year from Wordcraft Circle of Native Writers and Storytellers. Kirkus said it was “tender, funny and full of sharp wordplay.” School Library Journal called it, “a wonderful novel of a present-day teen and her patchwork tribe.” Audio File adds,"Rich with sorrow and the longing for resolution in a life diminished by loss, the story of Rain's journey toward her own identity is captivating and exceedingly hopeful." And Bob Langstaff at WAMV AM/Amhert, VA noted, "It's kind of like a combination of 'Northern Exposure' and 'Party of Five'." The audio production was aired as the November 2005 Book of the Month by Red Tales, Aboriginal Voices Radio, The Earth 106.5 (based in Canada).

Cynthia also is the author of INDIAN SHOES (HarperCollins, 2002)(ages 7-up). Kirkus declared: "A very pleasing first-chapter book from its funny and tender opening salvo to its heartwarming closer. An excellent choice for younger readers." School Library Journal hailed: "a good book for any elementary-aged reluctant reader and a necessity for indigenous children everywhere." INDIAN SHOES has been named a Notable Children's Trade Book in the Field of Social Studies, a finalist for the Texas Institute of Letters Award, to the 2003 Best Children's Books of the Year, Bank Street College of Education; and to Choices 2003, Cooperative Children's Book Center. It also was named to the NEA Native American Book List and the 2004-2005 Crown List. Most recently, INDIAN SHOES was chosen as the featured intermediate title for "Read On, Wisconsin!" (an online book club for students sponsored by the state's First Lady) in March, 2005.

Cynthia's latest picture book is SANTA KNOWS (Dutton, 2006), a holiday title, co-authored by her husband, Greg Leitich Smith, and illustrated by Steve Björkman. SANTA KNOWS is Cynthia and Greg's first book written together. The Horn Book Magazine named it among "Holiday High Notes." Kirkus Reviews called it "…a newly minted winner." Publishers Weekly cheered it as "fantastic," and The Miami Herald highlighted it among "Worthy Titles for the Holidays."

Cynthia's first upper YA novel is TANTALIZE (Candlewick, 2007))(Listening Library, 2008)(Walker U.K., 2008), a gothic fantasy aimed at ages 14-up. It’s one of the new books that signal an expansion of her writing from contemporary realistic fiction to also embrace fantasy. TANTALIZE also is her first title set in Austin, where she now makes her home. The Horn Book calls the novel an "intoxicating romantic thriller." BookPage says the book "will appeal to fans—both teens and adults—of Buffy the Vampire Slayer." TANTALIZE was named a Borders Original Voices Nominee in March 2007 and Chapters (Canadian bookstore chain) named it a Junior Advisory Board Pick. In addition, the novel was chosen for the 2007 Texas Book Festival and the 2007 National Book Festival. The Bloomsbury Review cheers, "Cynthia Leitich Smith is the Anne Rice for teen readers."

Cynthia’s latest YA Gothic fantasy is ETERNAL (Candlewick, 2009), a companion book to TANTALIZE.

Cynthia has published short stories, including "The Gentleman Cowboy"