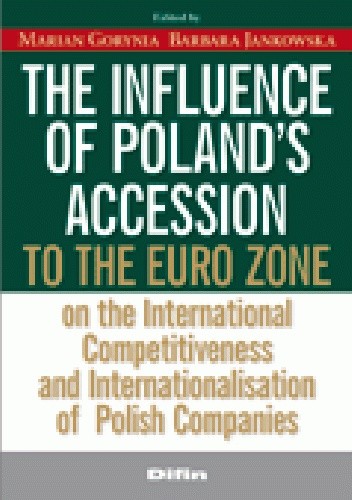 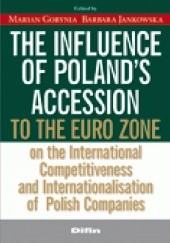 The book is the result of a research project funded by a grant from Poland’s Ministry of Science and Higher Education. The name of the project was “The influence of Poland’s accession to the euro zone on the international competitiveness and internationalisation of Polish companies” (N N115 257136). The project was carried out in 2009-2010 by a research team consisting of Marian Gorynia (project leader); Barbara Jankowska, Maciej Pietrzykowski, Piotr Tarka and Marlena Dzikowska.

The main reason for conducting the study was to contribute to and enrich the debate over Poland’s accession to the euro zone. The debate is characterised by a clear focus on macroeconomic issues. This is perfectly understandable and justified. What seems less understandable and justified is the virtual absence of reflection or in-depth research on the microeconomic determinants of the currency integration process. “Translating” the macroeconomic and regulatory determinants of corporate behaviour into companies’ actual activities may be different than expected. Companies’ actual reactions to macroeconomic factors and to the economic-policy instruments applied may differ from popular models, mechanisms and stereotypes.

Realising that managers’ perception of a future business world has numerous limitations, the authors of the present study do not intend to make absolute the results of their research. It seems, however, that the results presented here could serve as a valuable supplement to studies which adopt an entirely different perspective.
The present study focuses on the influence of joining the euro zone on corporate competitiveness. For, in actual fact, an answer to the question about whether or not it is worthwhile or advisable to join the euro boils down to assessing the influence of accession on companies’ competitiveness. If entering the euro zone boosts Polish companies’ competitiveness, it will mean that Operation Euro made sense from the economic point of view.