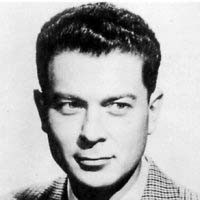 MATTHAEI, ERNST ARTUR FRANZ JOSEPH (1904-1966), optical microscopist, was born on 21 April 1904 at Trier, Germany, one of six children of Artur Matthaei, civil servant, and his wife Josephine, née Brentrup. The family pronounced their surname 'Mattay'. Artur served as an officer in World War I. During those years Ernst and his brother Hans lived with various relations. When the war ended, Trier was occupied by the allied armies.