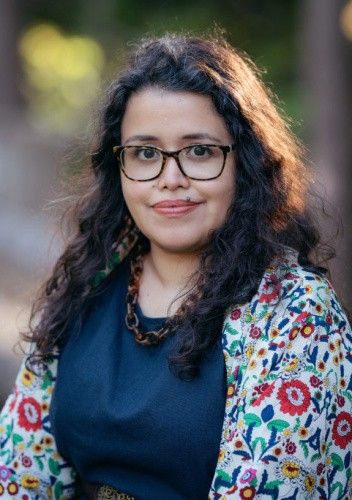 Mexican by birth, Canadian by inclination. Silvia Moreno-Garcia's debut novel, Signal to Noise, about music and magic, won a Copper Cylinder Award and was nominated for the British Fantasy, Locus, Sunburst and Aurora awards. Her second novel, Certain Dark Things, focused on narco vampires in Mexico City. It was selected as one of NPR's best books of 2016 and was a finalist for the Locus and Sunburst awards.

Silvia's short story collection, This Strange Way of Dying, was a finalist for the Sunburst Award.

She has edited several anthologies, including She Walks in Shadows (World Fantasy Award winner, published in the USA as Cthulhu's Daughters), Fungi, Dead North and Fractured. Silvia is the publisher of Innsmouth Free Press. She also co-edits the horror magazine The Dark with Sean Wallace. She's a columnist for The Washington Post and reviews books for NPR.

She has an MA in Science and Technology Studies from the University of British Columbia. Her thesis can be read online and is titled "Magna Mater: Women and Eugenic Thought in the Work of H.P. Lovecraft."