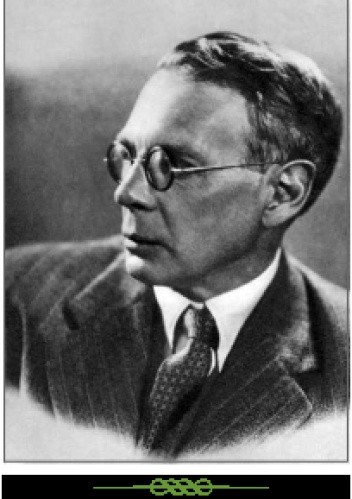 WILLIAMS, Charles Walter Stansby (1886-1945), author and scholar, was born in London 20 September 1886, the only son of Richard Walter Stansby Williams, clerk, of Islington, by his wife, Mary, daughter of Thomas Wall, cabinet maker, of London. He was educated at St. Albans School and at University College, London. In 1908 Williams joined the Oxford University Press as a reader, and remained a member of the staff, increasingly valued and much beloved, until his death. His duties, however, as literary adviser in a publisher’s office, although carried out with enthusiasm and wisdom, occupied a relatively small place in his life. In 1912 he published his first book of verse, The Silver Stair, and, for the next thirty-three years, wrote, lectured and conversed with a tireless and brilliant energy. In that time he produced, apart from anthologies, a number of prefaces, and a rarely interrupted series of reviews, over thirty volumes of poetry, plays, literary criticism, fiction, biography, and theological argument.

Williams was an unswerving and devoted member of the Church of England, with a refreshing tolerance of the scepticism of others, and a firm belief in the necessity of a “doubting Thomas” in any apostolic body. More and more in his writings he devoted himself to the propagation and elaboration of two main doctrines – romantic love, and the coinherence of all human creatures. These themes formed the substance of all his later volumes, and found their fullest expression in the novels (which he described as “psychological thrillers”), in his Arthurian poems, and in many books of literary and theological exegesis. His early verse was written in traditional form, but this he later abandoned in favour of a stressed prosody built upon a framework of loosely organized internal rhymes.

Many of Williams’s contemporaries found him difficult and obscure. Although the charge angered him, it was not altogether unjustified, for he used the word “romantic” in a sense that was highly personal and never fully defined. Its basis in his mind was Wordsworth’s “feeling intellect”, and what he chiefly meant by it was the exploratory action of the mind working on the primary impact of an emotional experience. It was his view that the romantic approach could reveal objective truth, and this conviction, at variance with the normal implication of the word, led to much misunderstanding and doubt among his readers. In order to be fully equipped for the task of following the thought of any one of his volumes, it was not only necessary to have read the majority of its fellows, but to have spent many talkative hours in his company. The art of conversation and the craft of lecturing were his two most brilliant, provocative and fruitful methods of communication. His influence on the minds of the young was salutary and inspiring, for he set his face against all vagueness of thought and pretentiousness of expression, and insisted, in all matters of literary commentary, upon a close and first-hand study of the texts. His favourite words of tutorial criticism were – “but that’s not what he says”. The honorary degree of MA bestowed upon him by the university of Oxford in 1943 was a well-deserved recognition of two successive courses of lectures which brought brilliance and a climate of intellectual excitement into the atmosphere of Oxford in war-time.

In 1917 Williams married Florence, youngest daughter of James Edward Conway, ironmonger, of St Alban’s, and had one son. He died at Oxford 15 May 1945.