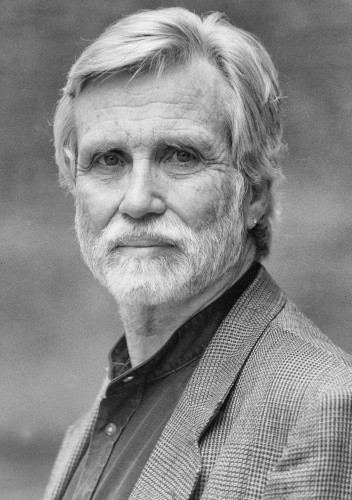 He grew up in in Itta Bena, Mississippi, and was fifteen when Emmett Till was murdered. A professor of creative writing at the University of Pittsburgh.

In 1983, at age forty-five, Nordan published his first collection of stories, WELCOME TO THE ARROW-CATCHER FAIR. The collection established him as a writer in the Southern tradition of William Faulkner, Erskine Caldwell, and Flannery O'Connor.

After the short-story collection THE ALL-GIRL FOOTBALL TEAM (1986) followed MUSIC OF THE SWAMP (1991), a novel/short-story cycle featuring Nordan's spiritual alter ego, the young Sugar Mecklin, as the protagonist. The book features aspects of magic realism that would become one of Nordan's trademarks, along with a peculiar mix of the tragic and the hilarious.

WOLF WHISTLE (1993), Nordan's second novel, was both a critical and public success. It won the Southern Book Award and gained him a wider audience. The book deals with one of the most notorious racial incidents in recent Southern history: the murder of Emmett Till.

The novel THE SHARPSHOOTER BLUES (1995) is a lyrical meditation on America's gun culture, as well as another portrait of the grotesque lives in Itta Bena. With the coming-of-age novel LIGHTNING SONG (1997), Nordan moved from Itta Bena to the hill country of Mississippi. The novel still features Nordan's magic Mississippi realism, complete with singing llamas and poetic lightning strikes.

In 2000, Nordan published a "fictional memoir," BOY WITH LOADED GUN.