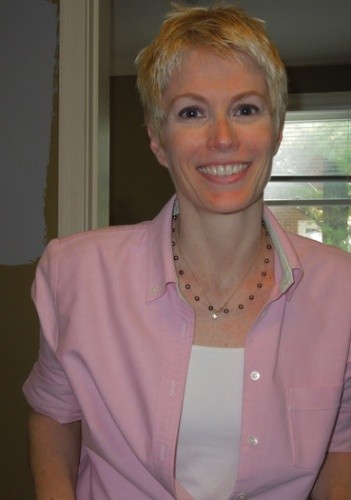 Erin McCahan's second novel, LOVE AND OTHER FOREIGN WORDS was optioned by Warner Bros. in a pre-empt. The novel will be released in English by Dial Books, May 1st, 2014. Also in 2014, it will be released throughout the world in 10 languages.

I NOW PRONOUNCE YOU SOMEONE ELSE, Erin's first YA novel, was a 2010 Cybils Finalist and a 2011 RITA Awards Finalist in two categories -- Best Young Adult Romance and Best First Book. It was also named one of the Best 100 Books of 2010 by Librarians' Choices.

Erin lives in Columbus, OH, with her husband of over 14 years, Tim, and is a member of Sons and Daughters in Touch, SCBWI, Intertel and Mensa. She is also a certified Peer Mentor for an organization called TAPS (Tragedy Assistance Program for Survivors).

When she is not writing or taking walks with her husband, she can be found in any number of local coffee shops having chai and long conversations with friends.