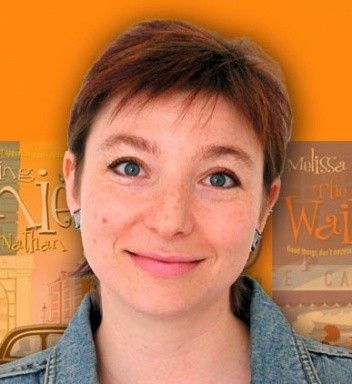 A journalist and UK author of popular "chick lit" novels in the early 2000s.

When working on Persuading Annie (2001), Nathan was diagnosed with breast cancer. She refused to let the illness dominate her life, and – in public anyway – was unfailingly positive. She had no time for most journalism written by cancer sufferers: "self-indulgent dirges without a helpline in sight", as she described them; she tried to joke about cancer's unoriginality in her Jewish Chronicle column and then added:

That was what you call laughing in adversity. It's what makes people smile mistily at me, as if I'm fading in front of their very eyes while telling knock-knock jokes. What they don't know is that I have daydreams about being the oldest person at their funeral.

Ironically, the characters in Nathan's first book, 'Pride, Prejudice and Jasmin Field', were starring in a play version of Pride & Prejudice that benefitted breast cancer research. The book was written prior to Nathan knowing about her own future diagnosis with the disease.

She died aged 37 from breast cancer in April 2006. She is survived by her husband, Andrew Saffron, and their son, Sam.

Her final novel, The Learning Curve, was published posthumously in August 2006. A writing award has been established to recognise quality comedy romance writers in her honour.